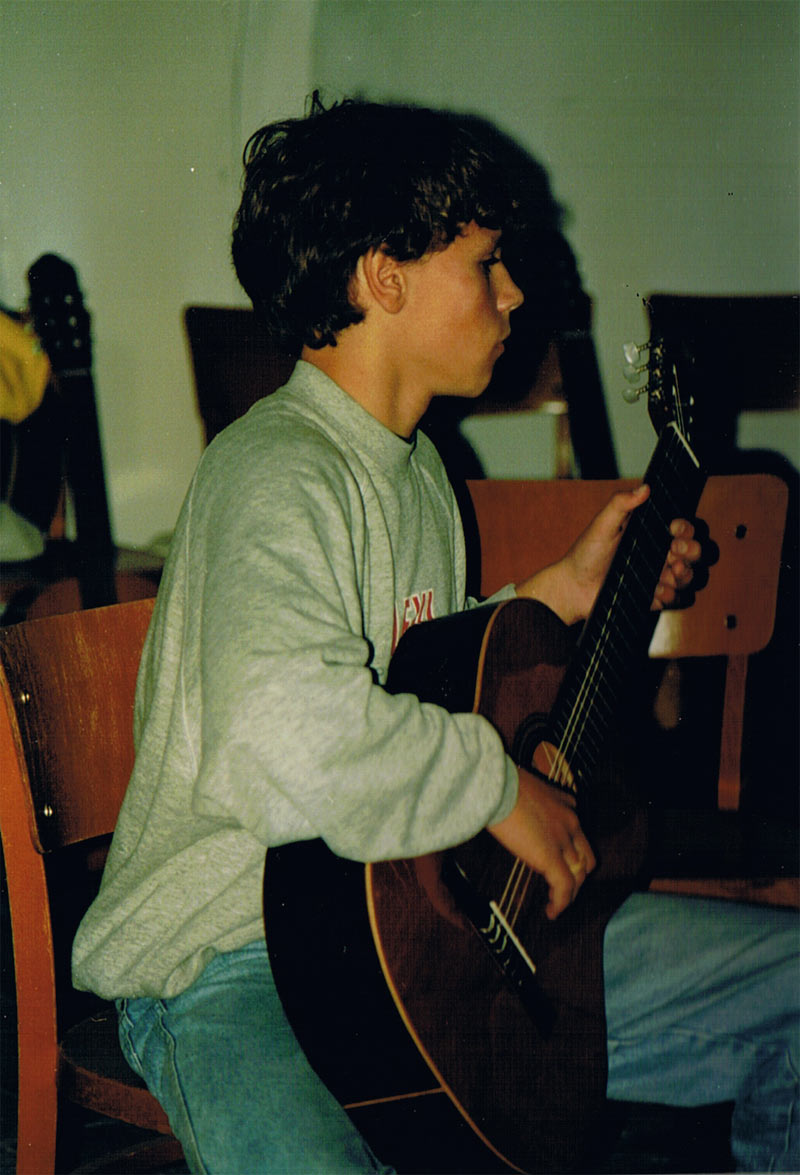 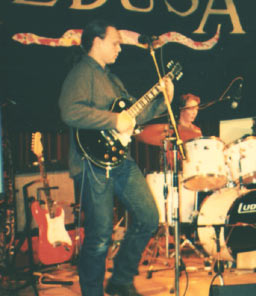 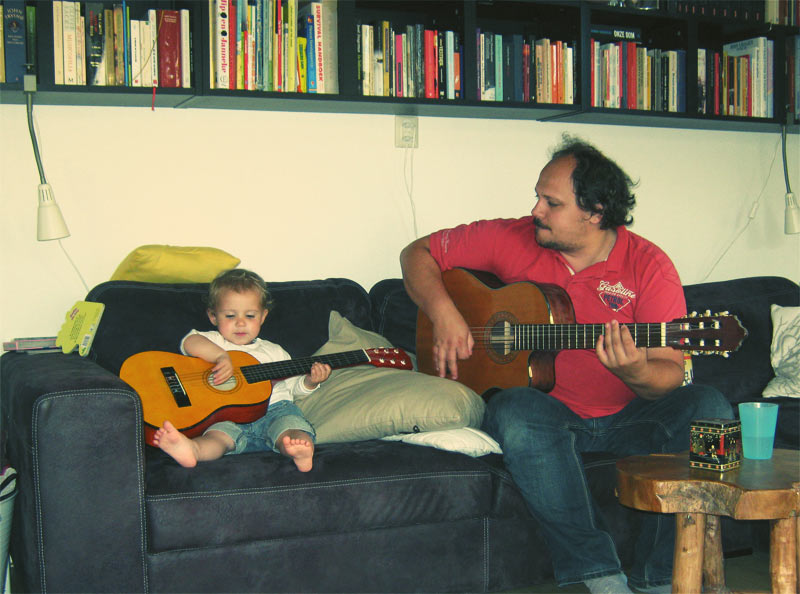 I was born September 10, 1979, and grew up in the village of Warffum in northern Groningen with my younger brother Rudi who is a very good organist.
As a child, I was always very busy and, at young age, I was very interested in music. I was especially influenced by my father, a lover of a wide range of music styles, from the better rock and pop to classical music and jazz. As soon as I remember, we were listening together to music cassettes and LPs from all kinds of bands. On my ninth birthday, my parents offered me classical guitar lessons, and that laid the foundation for my further career as a guitarist and musician.

On the ferry during a vacation to Finland, I saw a guitarist playing an electric guitar for the first time in my life. From that moment on I also wanted to play electric guitar. Soon after that vacation I got my first electric guitar and started playing it. Meanwhile, my interest in rock and jazz grew and I regularly visited bands together with my dad, including Cuby and the Blizzards and Jan Akkerman, from the age of twelve. From the very beginning, I was always busy composing and recording my own music. I first worked out the music for myself, and then I recorded it with friends on a Tascam four-track recorder.

During puberty I have played in several bands, including Picnic, which was essentially a cover band, but sometimes we also played our own instrumental compositions. The Feel was an acoustic group with which I wrote and performed various songs. Down in flames is an example of a song I wrote at that time. During that time I also accompanied a stage performance that won the 3rd prize in Kunstbende in 1997. In addition, I received an honorable mention as performing musician. I received guitar lessons from Erwin Java, known as guitarist of Cuby and the Blizzards and Herman Brood. During this period, programming and computers became more and more important and I had to divide my time between music and computers.

Around my twentieth I was working full-time as a computer-programmer and in my free time I recorded my own compositions at home. During this time I played in a number of different bands and I did accompaniment and session work. For example, I played guitar in the accompanying band for a pop-choir, and played guitar, bass and key tracks on demos. In addition, I always followed music lessons, classical guitar with Rob Nijboer and jazz with Winfred Buma. I also helped a number of people as a guitarist with their admission to the Prince Claus Conservatory, and this is how I met my girlfriend, and now wife, Vita van der Lijke.

Because music is also a passion for Vita, it became more and more important, and it took up much of our budget. Together we realised our shared dream: a country house with enough space for our own studio. We settled in Oudeschip where we first realised a small studio in the house. Meanwhile, the plans for a music studio were already under construction. Now, our studio is finished, we work there every day and run our own creative studio & company Roadbear Studios. We intend on putting together lot’s of creative and musical work for ourselves and others. Together we have a beautiful daughter & son, Hannah and Ruben. 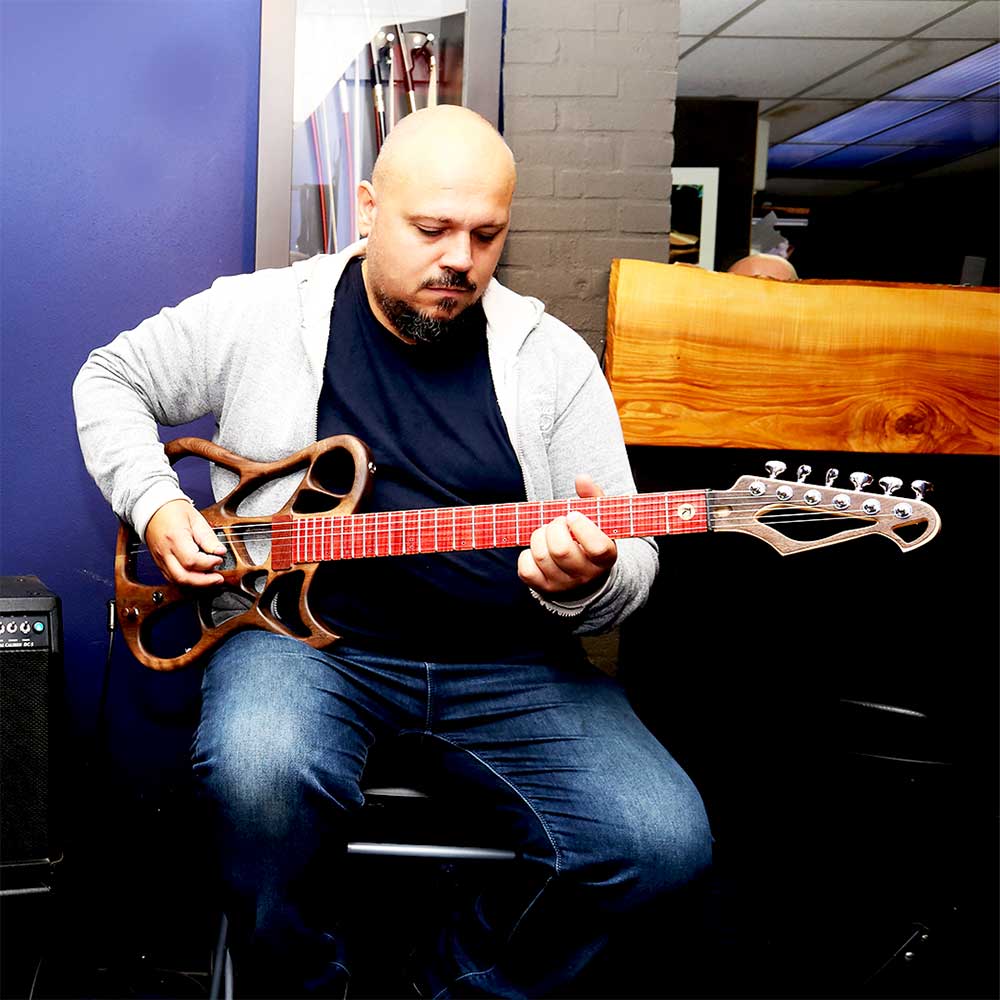